Stephanie won! I’m going to do another drawing next week! xo  I used this number generator. We had 160 comments and the random number was 65. Stephanie’s comment was the 65th comment.

Comment below to enter to win the new, updated bracelet with all the covers, including #22, Ginger Harrow!  The winner will be announced February 1st. xo

(On October 8th, Andy died after a two year battle with a rare form of pancreatic cancer, leaving behind his beloved wife and four children, his sister and her sons, and Jim and me. This essay was first posted for family and friends on Facebook, but I wanted to share it with my readers now that I can finally take a deep breath. xo )

Today is the one month anniversary of my son’s death. So far, everything they say about grief is true. It definitely comes in cycles. Certain things are helpful, others not so much. I have a pile of sympathy cards that I’ve been stalling opening. It’s extremely helpful getting the cards so I’m not sure what my fear is. My sister is coming from Michigan tomorrow and she promised to help me go through them. I’ve heard from people I was close to at one time, but years and miles separated us. I’ve also received cards and gifts from new friends and friends I didn’t even know were friends. It has all been so helpful through this process. Thank you so much, all of you.

Today for some reason, I want to tell people that my son died. I want to say the words.

Last night, we were watching The Handmaid’s Tale. Offred was giving birth, and boy, it was so realistic. The actress is amazing. It reminded me of Andy’s birth, forty nine years ago. He was my first born.

I was so young. Jim and I got married at age eighteen. The following year, through fear of the draft, he joined the Air Force. The recruiter said his chances of going to Vietnam were slim. Of course, that wasn’t true. He went.

Orders took us to California and once we were there, my goal was to get pregnant. I wonder what made me think I was mature enough to have a baby at that age.

Nowadays, there’s a chant telling young women they don’t have to have children. I never heard that I had to have a family when I was young. I just wanted my own home and family so badly. I couldn’t wait to be pregnant and have a baby!

I’ll never forget what it was like bringing my baby home from the hospital. The reality was shocking, the responsibility overwhelming. I couldn’t put him in a toy box when I was done playing with him. The baby would be there for the rest of my life. The neighborhood we lived in was just outside of the Air Force Base and less than ideal. I had a plan for me and baby Andy if our house was invaded in the night when Jim was at work. Parenthood meant a cycle of protecting and planning, protecting and planning. That didn’t end when the children became adults, either.

Then, when Andy was five months old, Jim got orders for Vietnam. It was just me and baby Andy. There is nothing good to relate about the nightmarish months Jim was gone. To this day I get a sick feeling inside, remembering how lost I was. I’m just glad we survived until Jim returned home.

Following that time were the happiest years of my life. I had my children up on pedestals. I was such a nerd growing up. Lol! I’m surprised to this day that Jim even looked my way. And to have two, beautiful, intelligent children! Wow. It was the first time in my life that I thought maybe I was okay. I was worthy. I’m smiling thinking of it. There’s nothing bad about it.

When other people would talk about how challenging it was raising teenagers, that wasn’t my experience at all. My kids were a riot. We had so much fun. Our house was the house where the kids congregated. There were some difficult times but we got through them.

As adults, both of them continued to make strides, have successes, deal with disappointments like everyone. We were still having a great time together. Andy’s wife, Sarah is my second daughter. She made a comfortable home for him and for us to enjoy.

Two years and some months ago, at the end of July, my daughter, Jennifer and her children were here in California staying at Andy and Sarah’s house. We were going to celebrate my grandson and Andy’s shared birthdays and a few days later, my little granddaughter’s. Erroneously diagnosed with hepatitis first, Andy didn’t feel wonderful but he was socializing and his usual happy self. Over the weekend, he got worse and took a trip to the emergency room. In a few hours, Andy got the cancer diagnosis that to this day I still can’t believe. I feel sick, like I’m just hearing it for the first time.

The past two years had been so hard in spite of a very early diagnosis. He had a short time of feeling better. I try to focus on those times. My little granddaughter is just six. She’s so wonderful. We were talking about losing her father and she asked me how I was doing. I said I just pretend he’s alive somewhere. She said, “Grandma, don’t do that. He’s dead. Just be sad.”

She has spoken. I’m not going to pretend. I know some of my acquaintances don’t want to hear about it any longer; if I say anything they change the subject. A well meaning friend said I would harm my granddaughter if I grieved a certain way. She was wrong. I have to grieve any way I can. Friends who have suffered a personal battle fighting cancer and those who have lost children have been a great support. It’s unfathomable, the loss.

So I’m going to continue saying it when I need to. My son died. It’s only been a month. We’re still living, working, moving forward. But we will never get over losing Andy.

S.R. Mallery's AND HISTORY FOR ALL

For an author, much good can come from participating in a boxed set. Exposure, of course, is the number one benefit. In addition, another title is automatically added to your stable. But by far what I found to be the most rewarding gift I received when I joined the set of, “Love In Times Of War,” was meeting new authors who have now become friends. It also brought James Moushon. A fine novelist in his own right as well as a consummate reviewer/blogger/promoter, as soon as I ‘met’ him he proved to be incredibly supportive of me and so many others. After giving reviews for each author in this particular boxed set, he then invited every one of us onto his blog, where he proceeded to interview and create very nice looking, well composed promotional posts.

That wasn’t all. To my delight, he continued on with this path of…

Our new release, Love Christmas 2 is out today! 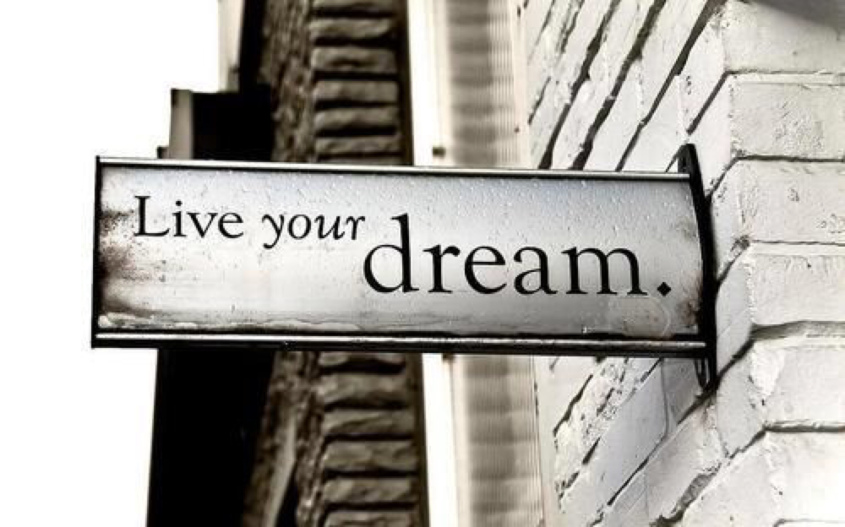 One of my favorite authors, Paulo Coelho, once said, “If you stop dreaming you stop living life.”
I suppose he was right. I used to be a big daydreamer in my teens, but as the years passed, life and the inevitable disappointments got me down to earth. So I’ve decided I would set realistic goals for myself and work relentlessly to achieve them.
You may not believe this, but today it’s up to you to help me realize one of my biggest dreams: to be the first Romanian in history to become a USA Today bestselling author. And it costs you only 99 cents.
As I mentioned in my previous newsletter, I’m part of a Christmas anthology alongside 25 amazing authors, writers with incredible credentials who worked tirelessly for the past months so we can make my dream come true – together. To be part of…

What are your favorite fall baking recipes?

Photo by rawpixel.com on Pexels.com

Are you a baker?

For me, baking is like pulling teeth, something to be avoided as long as possible. But I do like the heavenly scent of baking in the oven and my family appreciates when I take the time to try, so I’m going to start a Sunday post with #Family #recipes that are as close to fail-safe as possible!

Today’s recipe comes from my husband’s side of the family. My S-I-L makes the best banana bread I’ve ever tasted, moist, flavorful, and decadent!

Add to your TBR – Goodreads
Kelly and Jeff Fairchild live a charmed life in their renovated Victorian mansion in the Jersey suburbs. Wall Street traders with a golden touch, they plan their vacations with the same detail and finesse used with their deals on Wall Street. The next big outing is a hiking trip on an island in the Canadian Muskoka. Everything is perfection, from the brand name of their hiking boots to their silk long johns. Nothing can go wrong, right?
Amazon US
Amazon UK
Amazon CA
Amazon AU

They’d been married for five perfectly lovely years and had five perfect notebooks of five fabulous vacations lined up on a special shelf in the den. Professionally framed photographs of the vacations covered the den walls. A…

MY INTERVIEW WITH AUTHOR SUZANNE JENKINS!

What’s your name and what genre would you consider your books to be?

Tell me about your book. How did you come up with that (story, angle, idea)?

My new release from September 25th is Esmeralda’s Happy Time Cabin for Lost Hikers. About five years ago I was talking to my Canadian daughter -in-law about a story I couldn’t get out of my head of hikers who encounter a group of grifters.  The characters from Michigan and Manhattan paths would cross and I was debating which location would be the best and she suggested the Muskoka.

How did you get interested in writing this particular genre (historical novels, mysteries, sci-fi, children’s books, etc.)?

SEVEN Paranormal Romances to feed your appetite for danger!

Step into worlds with exotic and extreme beings, where emotions are heightened with a mixture of fear and passion. Become one with the Dangerous Temptations as you get to know the werewolves, vampires, faeries, shapeshifters, and nefarious ancient pharaohs who sneak into your mind, teasing and titillating, building your hunger for paranormal lusts that mere humans cannot resist.

* Rebecca York – Hunting Moon – Only a werewolf can save her from the doctor trying to drive her insane.

* Patricia Rosemoor – Wolf Moon – She came to study wolves in the wild. He had a mysterious connection to the wolf pack. What would happen when they met?

Tomorrow is release day for our multi-author collaboration from The Authors’ Billboard!

6 NYT and USA Today Bestselling authors come together to bring you romances guaranteed to make your blood run hot! Only 99c

Passion, suspense, mystery. Something to suit every reader’s taste. Grab a blanket and curl up with us for an unforgettable escape.
Get yours today before it goes away. LIMITED TIME ONLY.

~ Roll the Dice by Mimi Barbour

How can she love the guy who shoots her rather than the criminal?

This powerful romantic suspense about two detectives with differing agendas, yet after the same rapist, will grab your attention and keep you riveted. Their continuing conflicts will keep you entranced and their humor will make you laugh. Kai, the bald-headed, blue-eyed, purse-carrying cowboy tries to wrestle control from his new partner, gorgeous yet grumpy Aurora. Right till the shocking end she fights him… and then…